The Mirror reports today that Tory party donors are handed NHS contracts worth £1.5billion under health reforms, naming many donors including And Care UK that has contracts worth another £102.6million. Its chairman John Nash was made a peer after boosting Tory coffers by £247,250, the newspaper informs.
“Nobody gave David Cameron ­permission to sell the NHS to his friends” commented Labour’s Shadow Health Secretary Andy Burnham.
“It’s shocking the same Tory donors who ­bankrolled the development of their NHS reorganisation policy are now ­profiting from the sell-off of NHS services” he added. 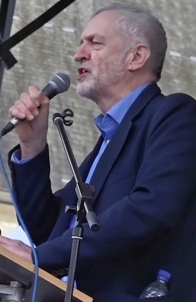 Underfunding and then privatisation of NHS is a prime national concern, including in Harrow, because “private companies taking over NHS from inside leads to higher cost and fragmented poorer quality care which must be resisted” pointed out  a doctor speaker at the recent 250,000 strong, ‘Save our NHS’  demonstration  in London.
Addressing the demo, Labour leader Jeremy Corbyn said “Our NHS is not in crisis because of overspending but is in crisis because of underfunding”.
Mr Corbyn said, “Things have come about because of political choice to underfund the NHS and social care when they know full well that resources are there to do it”.
“Theresa May couldn’t wait to get to discuss UK trade agreement with Trump” he said and warned “Our NHS is not for sale”.