It should be a matter of pride for Harrow that the Harrow council chief executive Michael Lockwood has been trusted and actively involved in the Grenfell remediation work. 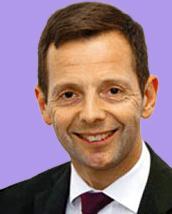 Working as the executive site manager, part of the government taskforce assembled in the wake of the Grenfell fire disaster, Mr Lockwood has met the state secretaries, the prime minister who initially showed poor response to the tragedy, and is working closely with the local community in the building-related matters.
A devastating fire ripped through the 24-storey building in west London on June 14 without a single fire alarm or sprinkler being set off, killing at least 80 people.  The rich Tory-led Kensington and Chelsea council’s response to the disaster was poor. Eventually the chief executive as well as the leader of the Kensington and Chelsea council resigned.
Locally, there is very bitter feeling that the Grenfell Tower deaths were a failure of listening and social care by the local council, particularly as the residents of the high-rise multicultural space tended to be immigrants – poor and frequently non-white – whose concerns regarding the health & safety of the tower were ignored.  Therefore, the local community seriously lacks confidence in the council.
It is against this backdrop that Mr Lockwood is working with the local community.
Describing the state of community mistrust, Mr Lockwood told the Narrow Monitoring Group, “Initially I found a very anti Government/anti Council (Kensington and Chelsea) feel. Emotions understandably were very raw – residents felt ignored and forgotten over many years.”
Mr Lockwood’s work includes making the building safe and less distressing and to retrieve personal possessions, which he is doing in consultation with the residents.
“I have tried to listen and develop a good relationship with the survivor’s of the Tower. It has been very emotionally draining but also very rewarding in trying to help them rebuild their lives” Mr Lockwood explained.
He says the recovery process is being carried out “sensitively, respectfully and with dignity”, for example, retrieving personal possessions “would happen in consultation with those residents, and at the speed that they want” Mr Lockwood informed.
On the question of covering the building he said, “We want it covered because it’s so distressing. It’s what the community wants.”
He has recently met primary school pupils in the area and asked them if they would like to come up with paintings of what they would like to see on the building.  The works would be projected on to the scaffolding screen covering the building.
Mr Lockwood’s Grenfell experience of how easy it is for the authorities to become less connected with all those they should be caring and supporting, would help in delivering inclusive council services to benefit all residents in Harrow, especially as the Harrow opposition Tory group, who could win the council in 2018, is known to be under right-wing leadership, insensitive to social justice!