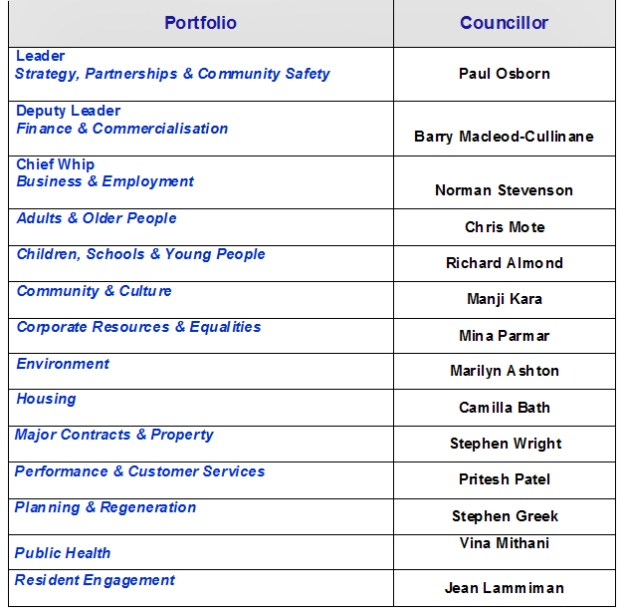 One big change is that Cllr Hall, highly controversial previous leader of the Tory group who stepped down following our call ‘Time for Cllr Hall to step down’, is not even a shadow portfolio holder. Cllr Hall held the Environment/ shadow environment portfolios since 2006.
Another mature move is to give Cllr Hall’s previously held Environment portfolio to Cllr Ashton, who has been a candidate at the Tory group leadership elections and was kept away from the shadow positions under Cllr Hall’s leadership, for personal reasons.