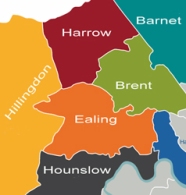 As a result of Harrow council being a member of the West London Economic Prosperity Board, Harrow has benefitted significantly.
This can only be good considering that Harrow does not usually gain much by grouping with neighbouring boroughs for national or regional resources because of its relatively affluent profile.
The West London Economic Prosperity Board is a Joint Committee of the London Boroughs of Barnet, Brent, Ealing, Harrow and Hounslow to discharge jointly certain of their functions with the intention of promoting economic prosperity in West London.
The board will also play a leading role in discussions and negotiations with the Mayor and the government about devolving powers and functions related to economic growth to West London.
West London has a number of potential constraints to its economic growth – such as increasingly unaffordable housing, a wide variation of economic outcomes between different groups of residents and weak productivity growth.
Harrow council leader and chief executive have effectively represented Harrow at the board, and a council spokesperson highlights some of the following gains for Harrow:
Funding for skills and employment programmes like the Skills Escalator (totals up to £200k), which provides support for those with low incomes to gain better paid employment.
Funding for mental health and employment – mental health and employment trailblazer allocation to Harrow is £224,000.
The Adult Education Budget will be devolved from central government to the GLA and then to the sub-regions. Harrow is best positioned to benefit from this devolution.
Furthermore, the tendered Inward Investment programme will provide opportunities to benefit from work that Harrow cannot fund itself.
The inward investment strategy is to help attract investors and international/multi-national businesses to West London and establish West London as an internationally credible inward investment location and support for local West London businesses that want to expand their operations or engage with trade opportunities abroad.