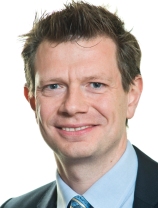 As we predicted weeks ago, Tom Whiting has been appointed as the interim chief executive (head of paid service) for the period from 6 January 2018 to 24 May 2018, after which the then elected administration could appoint the substantial chief executive.
The post has resulted since the Harrow Council chief executive Michael Lockwood has been appointed as the first director general of the new Independent Office for Police Conduct (IOPC).
Mr Whiting, Oxford educated and previous strategy consultant, has been with the Harrow council for more than 12 years.  He joined the Harrow council as divisional director strategy & improvement in 2005, progressed to assistant chief executive in 2008 and then to the corporate director of resources from 2013 to now.
Harrow’s population is growing and will continue to grow and the demographic of residents is changing. Households are getting smaller, life expectancy is anticipated to increase, and technological advances are changing the way people live and work.
Although Harrow enjoys relatively low levels of multiple deprivation, Harrow’s position compared to other local authorities has deteriorated over the years and two of the Borough’s wards contain areas in England’s 20% most deprived.
The government’s  harsh social welfare policies, austerity measures and housing supply and affordability have biting effects on Harrow.
Harrow has highly diverse population which rigorously requires to treat different groups of people equally well.
Therefore, improving the quality of life for all Harrow’s residents, whilst at the same time accommodating Harrow’s changing profile, is a key challenge for Mr Whiting.