Boris Johnson’s decision to suspend Parliament was unlawful, the Supreme Court has ruled.  Gina Miller, who led the successful Supreme Court challenge against #prorogation says “even the Prime Minister” is bound by the rule of law.
The verdict: “The decision to advise Her Majesty to prorogue Parliament was unlawful because it had the effect of frustrating or preventing the ability of Parliament to carry out its constitutional functions without reasonable justification.”
There is widespread demand for the prime minister to resign and be legally responsible for his unlawful advise to the Queen and stopping the democratic process at the Commons.
Bob Blackman, conservative MP for Harrow East, as well as some Harrow Tory councillors (Cllrs Susan Hall & Anjana Patel tweets & retweets) publicly supported the Prime Minister’s decision. 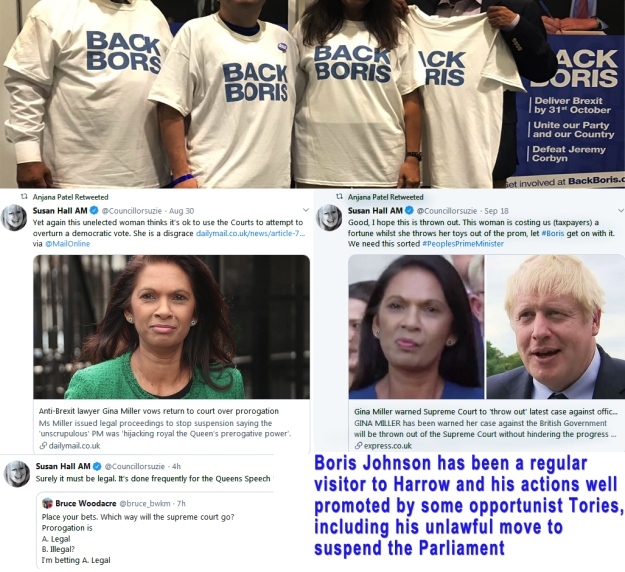